No Result
View All Result

THE RHYTHM OF THE MENS CLUB 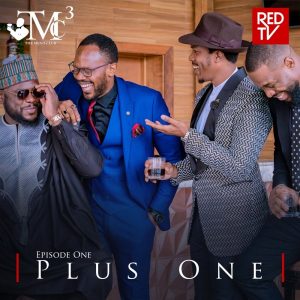 If you didn’t already know, Red TV’s The Men’s Club is back for its 3rd season after months and months of intense waiting filled with anticipation and suspense. This season, apart from gracing your screens every Wednesday, there is an entire album with 13 of your favourite soundtracks from the show, including the theme song; Safe With Me!

Adding to the euphoria and excitement around the release of the new season, every song on the album is a hit, with different songs for different feels. In case you haven’t had a chance to listen to the album, we’ll help you navigate the tracks by highlighting our favourite tracks.

The obvious favourite is Safe With Me, which we will call version 2.0 because this time there’s a twist. It features a rap verse by Efa (YES, Tayo from the show). Asides this being a really nice tune, it has a nostalgic effect right from the first sound of any instruments that gets you all excited, followed by Ayoola’s voice sounding like smooth butter, which we all probably sing along to already.

If you don’t care much for the lyrics of the song, the album also features an instrumental version of this track. Safe to say that Safe With Me is a whole vibe, regardless of whatever version you’re into. It scores extra points now that we can listen to the soundtrack without watching an episode.

Even after TMC, it will be a banger.

The first track on the album which is titled By the roadside, features Faridah and Oteez. This song gives off old school and Saturday night chill vibes. It is the type of track that does not do too much and is definitely one of those songs you have playing in the background while you unwind.

On the other hand, if you’re feeling lovesick or in love, 4 ever is the song for you. Ms Jaie did a lot of justice to this song and its guaranteed to get you all up in your feelings. Still on the topic of love, if you’re looking for an Avril Lavigne vibe without going back in time, Hello Love by Xerona is the song for you. Let’s be honest, The Men’s Club has a recurring love theme; between the men alone and between them and their love interests, its only befitting there’s a song titled The Greatest Love Song. This song is by female artist Xerona and it definitely inspires love and the ups and downs which our love stories are made of.

Another favourite is Blessed. Once again featuring female rapper Faridah, it is one of those tunes you would play with your girls in the car (if you’re a female) feeling like a badass. This one is definitely for the Ladies club because the men already have theirs!

Finally, we’ve got Feel free to F* off. Although the artist on this song is nameless, this song gives off vibes Ed Sheeran vibes and it inspires you not to care what others think. The lyrics definitely encourage you to live life on your own terms and tell everyone else to F* OFF politely. This one is definitely going to be on repeat A LOT!

Going by this list, you can tell that the album is a whole vibe and there is definitely something on there for everyone.

Don’t forget to check it out on and let us know what your favourite tracks are.

Red Radio is a lifestyle web radio that caters to inform, educate, entertain and keep its audience pressed for more. Like a heartbeat to a person, we are the pulse of information.

We have the news, we have the rhythm and we have the infotainment! If it happened, we know. If it sounds great, we are playing it. The heartbeat of web radio, we just want to make you feel the pulse.
Tweets by itsredradio

Be the first to get the gist